The famous Socratic dictum, “know thyself” suggests that man’s essence is his inner nature, not his outer body. As the 21st century unfolds, knowledge of the total potential of the human nervous system and its correlations with higher states of consciousness has grown exponentially. The ramification of this discovery has far-reaching implications for the ethics and spiritual practices of the future. Scientific studies at leading research institutes have documented meditation’s brain coherence and mental and physical health benefits. For the past fifty years, Self Reflection has enriched every aspect of the author’s life. The following quote from Rig Veda is a reference to the transcendental Self (Parame Vyoman). “Richo Akshara Parame Vyoman Yasmin Deva Adhi Vishve Nishedhuhu”.  Richa is situated in Akshara. Knowledge is structured in consciousness, the non-changing transcendental basis of all relative existence in which reside the impulses of creative intelligence responsible for the whole manifest universe Rig Veda 1.164.39. 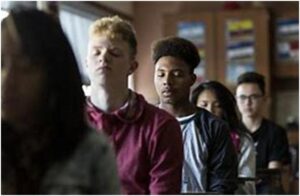 Dr. Yisrael offers a four-day course of personalized instruction in the theory and practice of the Self Reflection Technique.

Get Your Classified Listed